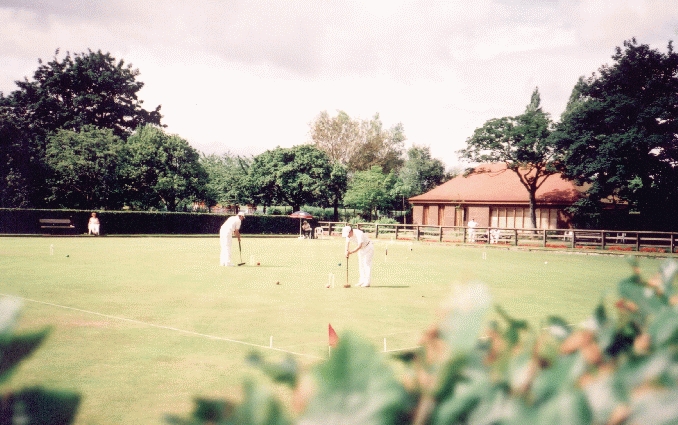 GETS YOU OUT IN THE OPEN AIR

Both codes of the game involve a fair amount of walking; Association Croquet more than Golf Croquet.

WOMEN PLAY ON AN EQUAL FOOTING WITH MEN

It's a game of skill and strategy rather than brute strength

If competitive play isn't your thing, it can be played socially as well

AN INTERESTING MIX OF PHYSICAL ABILITY AND STRATEGY

Association Croquet, especially, requires a bit of thought as well as the ability to play the required shot   - some have likened it to a cross between chess and billiards played outdoors

CROQUET IS A FAIR CONTEST

There is a handicap system which allows a beginner to play against an expert with a fair chance of success. The beginner can alsoobserve and learn from the technique and tactics of better players.

CAN BE PLAYED BY ALL AGES

Our oldest member is still
playing in his 90s.

THERE'S A BREWERY NEXT TO OUR CROQUET LAWNS!

Do you need any more encouragement?

If you would like to give croquet a try please contact the Club Secretary, Peter Lowe, on 0191 285 4903 or e-mail tynesidecroquet@gmail.com.